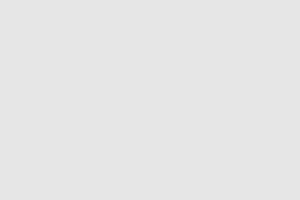 Acle in Norfolk is the perfect place to visit if you want to enjoy the amazing scenery of the Norfolk Broads. This beautiful area of Norfolk has a huge range of activities to enjoy from wildlife spotting, walking, cycling, bird watching, canoeing and more. There are plenty of cafes and restaurants offering delicious homemade food, as well as local markets where you can pick up some tasty produce straight from the farmer.

Acle railway station is on Station Road and is on the Wherry line which goes from Norwich to Great Yarmouth.

The history of Acle

Acle was on the Norfolk shoreline in Saxon times and rapidly grew as a fishing village. Great Yarmouth did not exist, the area it now occupies being a sandbank, and all the marshes between Great Yarmouth and Acle were under the sea. Land was gradually reclaimed from the estuaries of the Rivers Yare, Bure and Waveney leaving large expanses of flat land stretching towards the sea.

There is evidence of the Romans. In the late 1980s, Roman coins were found in The Street when the A47 bypass was being constructed.

There are more than 100 surviving round-tower churches in Norfolk, and the church of St Edmunds is one of them. The tower is the oldest part of the church and is thought to have been built between AD 850-950. In the 13th century, there was an octagonal stage added to it. Near the pulpit is a fragment of a medieval wall painting depicting a dragon, which was painted in the 13th century.

The industrial revolution boosted Acle's importance in the 19th century. It was the first time that it was possible to travel to Great Yarmouth without using Fleggburgh when the Acle Straight opened in 1831.

The market was given the go-ahead in 1272 which included the sale of livestock. During the next couple of hundred years, Acle was an important trade centre for the surrounding areas. Livestock trading has ceased in recent years.

Acle bridge over the River Bure has been replaced a few times over the years. Starting in 1101 the first crossing was built, then in 1931, a replacement bridge was constructed. Due to heavier traffic, this bridge was showing signs of movement and was finally replaced again in 199, with the current bridge which is still being used today. At Acle bridge, you will also find the Acle Bridge Inn which has some great food and a lovely outside seating area by the river.

Alongside the river at Acle bridge there are moorings available if you are travelling by boat.

Acle farmers market is held every Saturday from 09:00 am to 12:00 pm in Acle Church Hall in Norwich Road, Acle. The market is mainly run by volunteers, mostly from 'Market Aid'. It consists of approximately 45 stalls with produce including fruit and vegetables, cheese, bread, eggs, flowers and plants. The farmers also sell a large selection of homemade cakes and preserves.

Acle Auction is held weekly in Horner's auction yard in Acle. They cater for sellers of all sizes and have a team of knowledgeable experts who will work with you to create an exciting sale that fits your requirements and budget. If you're looking for quality used vehicles, equipment or machinery, then they're sure to have something for you at their next auction. To find out more about upcoming Acle sales auctions and dates visit the Horners auction website.

Paddleboarding on the Norfolk Broads

Swallowdale - Norfolk Broads Self Catering >>
We use cookies to give you the best experience.
Learn MoreAccept All
Manage consent

This website uses cookies to improve your experience while you navigate through the website. Out of these, the cookies that are categorized as necessary are stored on your browser as they are essential for the working of basic functionalities of the website. We also use third-party cookies that help us analyze and understand how you use this website. These cookies will be stored in your browser only with your consent. You also have the option to opt-out of these cookies. But opting out of some of these cookies may affect your browsing experience.
Necessary Always Enabled
Necessary cookies are absolutely essential for the website to function properly. These cookies ensure basic functionalities and security features of the website, anonymously.
Functional
Functional cookies help to perform certain functionalities like sharing the content of the website on social media platforms, collect feedbacks, and other third-party features.
Performance
Performance cookies are used to understand and analyze the key performance indexes of the website which helps in delivering a better user experience for the visitors.
Analytics
Analytical cookies are used to understand how visitors interact with the website. These cookies help provide information on metrics the number of visitors, bounce rate, traffic source, etc.
Advertisement
Advertisement cookies are used to provide visitors with relevant ads and marketing campaigns. These cookies track visitors across websites and collect information to provide customized ads.
Others
Other uncategorized cookies are those that are being analyzed and have not been classified into a category as yet.
SAVE & ACCEPT
Scroll To Top