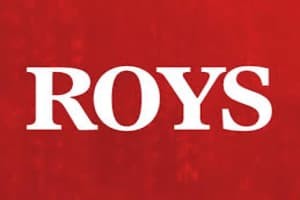 While staying at Swallowdale you must pay a visit to Roys of Wroxham.

Roys department store has a variety of products to suit all. The supermarket has a wide selection of local produce as well as all the well known brands. It also has its own coffee shop and a Mcdonalds on site. There’s also a Roys toy shop, children’s clothes shop, DIY centre and a garden centre.

There’s plenty of free parking within walking distance of the shops.

The History Of Roys Of Wroxham

The company was founded in 1895 by two brothers, Alfred and Arnold Roy. The first store was in Coltishall, a pretty picturesque village which is well worth a visit. They then opened two more stores in Dereham and Hoveton St John, close to Wroxham railway station, which bought in all the supplies. This is why it’s called Roys of Wroxham.

Over the years the company expanded into a bakery, pharmacy, and ironmongery, to name a few.

The brothers died in the 1950s and the company was passed onto Alfred’s children. After this Roys Grocery changed to a self service system. A new store was planned for Wroxham and opened in the mid 1960s. This involved changes to Wroxham’s road layout and public services. Roys then became part of Nisa.

Roys continued to expand in the 1990’s and stores were opened in North Walsham, Dereham, Sudbury, Thetford and Norwich. The new store in Wroxham was destroyed by fire in 1995 and replaced with a new department store in 1996.

Sadly Fred died in 1994 and was succeeded by his brother who died 10 years later. His children Edward and Paul became the third generation to join the board of directors.

The brothers continued to expand the business adding the Broadland Motor Co. Wroxham, a new store in Beccles and the Highway Garden Centre in Framingham Pigot.

Roys still remains as a family owned independent business in the wonderful thriving village of Wroxham, also known as the capital of the Norfolk Broads. 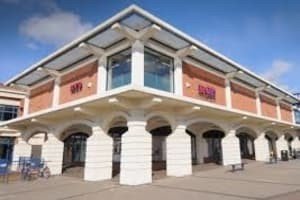 We use cookies to give you the best experience: Learn more